Mass killings and calculated measures: The impact of police massacres on police reform in South Africa

Over the past two centuries, the police have perpetrated massacres in response to protest action in numerous countries. Available scholarly literature has typically focused on the circumstances that contributed to such mass killings, but rarely has there been consideration of the impact that such massacres subsequently may have had on the police organisation. Hence, this article will explore the relationship between massacres perpetrated by the police and police reform, with a particular focus on South Africa. The article concludes that, in the context of public order policing, massacres perpetuated by the police can contribute towards relatively immediate police reforms, particularly in terms of police strategies and tactics. In some circumstances, massacres have even led to some restructuring of the police organisation. The nature of the government and the policing environment appeared to be key determinants of the types of police reforms, post-massacre. 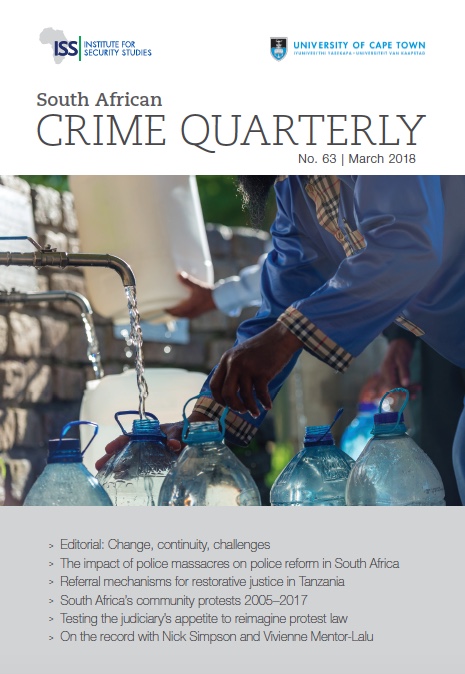