Deaths due to police action and custody deaths: a persistent problem in Pretoria, South Africa

There is no internationally standardised classification for deaths which take place in custody and/or due to police action. For purposes of this study, we divided these cases broadly into two categories: firstly, deaths which took place as a result of police action as well as deaths of persons held in police custody, and secondly, deaths of inmates of correctional service facilities. We conducted a retrospective descriptive case audit at the Pretoria Medico-Legal Laboratory (PMLL) of all cases admitted as deaths as a result of police action, deaths in police custody and deaths in correctional service facilities during the five year period from January 2007 through December 2011. A total of 93 cases were identified, which included 48 deaths due to police action, 28 deaths in police custody and 17 deaths in correctional service custody. The majority of these deaths were due to gunshot wounds (n=48), and all of these occured due to police action. Hangings accounted for 17 cases, the majority of which happened in police holding cells. The study highlights the relatively large numbers of firearm fatalities related to police action. In contrast to similar studies elsewhere, we found no deaths due to phenomena such as excited delirium or deaths associated with illicit drug intoxication. We conclude that there is a need for objective, impartial and competent medico-legal investigation into deaths of this nature.

Masters of Medical Criminalistics graduate from the Department of Forensic Medicine at the University of Pretoria.

Forensic pathologist appointed as an extraordinary lecturer in the Department of Forensic Medicine at the University of Pretoria. 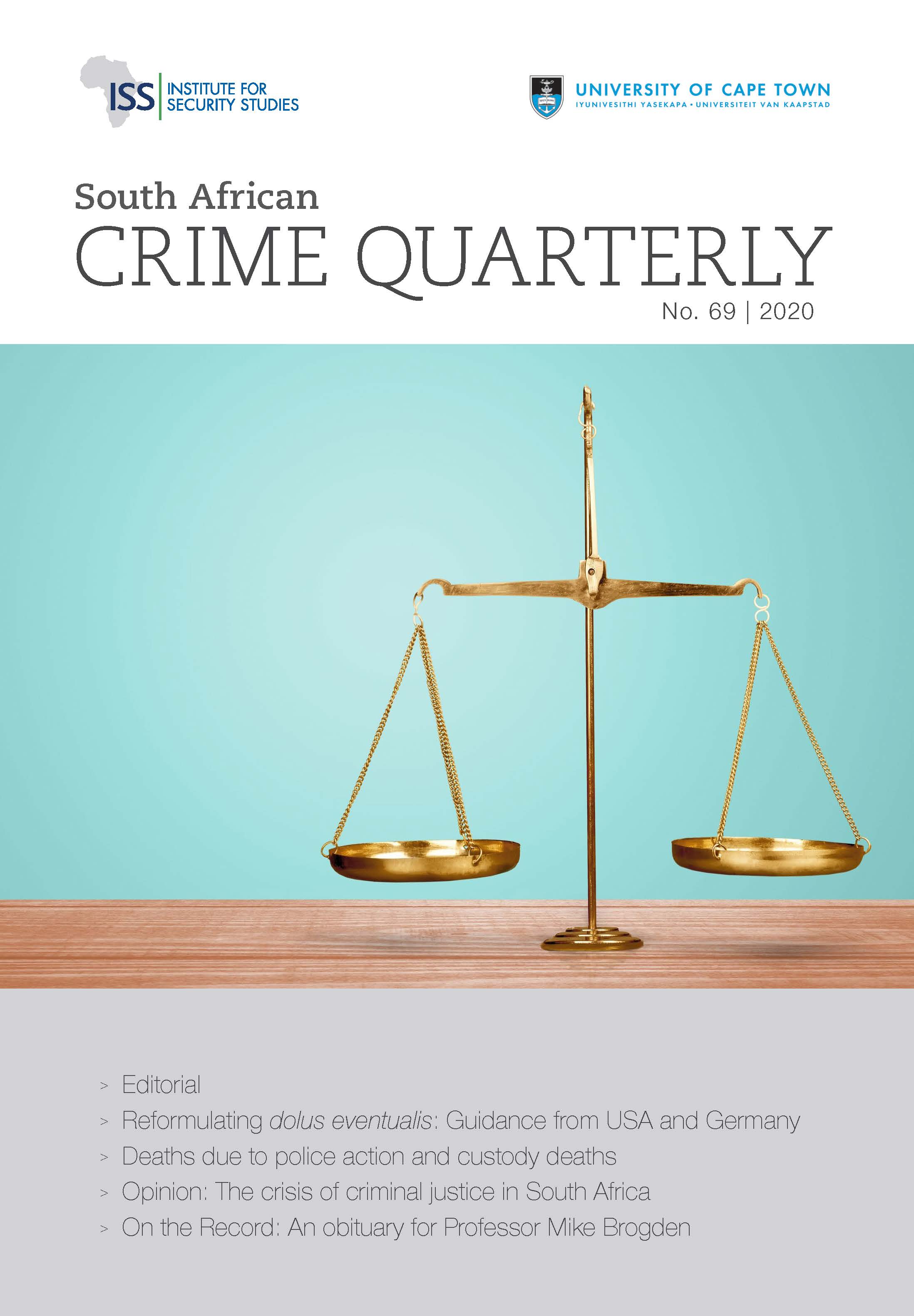