Democracy and its discontents: Protest from a police perspective

In South Africa, media and scholarly research has increasingly drawn into question the correctness of police responses to post-1994 popular protest. Assessments of democratic policing, moreover, emphasise the critical role of the police in democratic development. Existing accounts of protest, however, seldom draw upon the assessments of individual police members. In an attempt to understand the challenges to democratic policing and the dynamics and complexities of protest, this article examines protest from the perspective of rank and file officers in the South African Police Service (SAPS). It shows, not only the importance of recognising bottom-up perspectives in constructing appropriate responses to protest, but the complexity of SAPS members’ own identities as both officers and citizens. Reports of police action indicate the sometimes unwarranted and disproportional use force. Yet, simultaneously, for many officers, protest seems to straddle their police and private lives, conferring on them a duty to enforce law and order, while experiencing the shortcomings of democracy themselves.

Heidi Brooks is a Senior Lecturer in political and international studies at Monash South Africa, and a Research Associate of the Centre for Social Change at the University of Johannesburg. 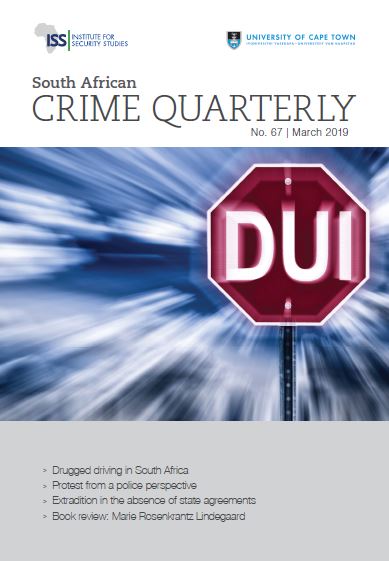