The Traditional Courts Bill: Controversy around process, substance and implications

This article introduces the Traditional Courts Bill (B15-2008). The Bill has caused controversy, and drawn criticism from rural communities and civil society. Key to the concerns raised was the flawed consultative process that the Department of Justice and Constitutional Development followed in bringing the Bill before parliament. In addition, substantive concerns raised about the Bill relate to the implications its provisions will likely have for rural citizens. The article discusses a number of major concerns that have been raised against the Bill and concludes with a brief assessment of the Bill in light of the Constitutional Court's decision in Tongoane and Others v National Minister for Agriculture and Land Affairs and Others. 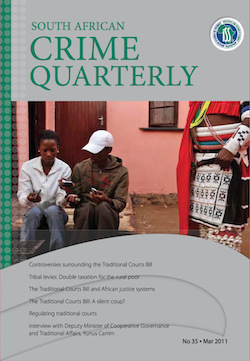