A multitude of measures, including regulatory changes, law enforcement measures and demand
reduction campaigns, appear to have done little to stem the tide against organised environmental
crimes. However, fewer rhinos were poached in South Africa’s signature national park, the Kruger
National Park (KNP), in 2015 and 2016 than in the year before and a steady decline was evident
at the time of the interview in June 2017. The KNP is home to the largest number of free roaming
rhinos in the world. The park has been in the ‘eye of the storm’, losing close to 4 000 rhinos
to poaching between 2006 and 2016. In 2012, the South African National Parks (SANParks)
management formed a unit named Special Projects. The function of the project team was to
develop and implement mitigation measures to deal with the drastic increase in wildlife crime and,
in particular, rhino poaching in the KNP. Major General Johan Jooste (Ret) heads the unit. Critical
voices have questioned the efficacy of the anti-poaching strategy, suggesting that park authorities
are waging a ‘war on poaching’ with unintended long-term consequences for protected areas
management and community relations.1 Scholars have argued that ‘green militarisation’ has led to
an arms race between poachers and rangers2 and, moreover, that ‘green violence’ has led to the
deployment of violent instruments and tactics in pursuit of the protection of nature, and ideas and
aspirations related to nature conservation.3

the spatial contours of Kruger National Park, Annals of the

poaching and the war to save Southern Africa’s peace parks, 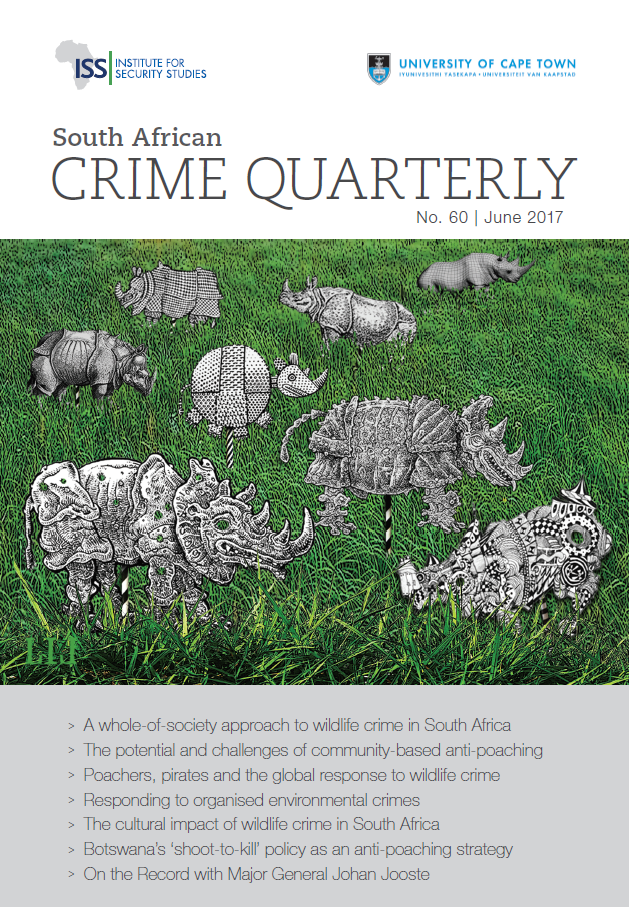